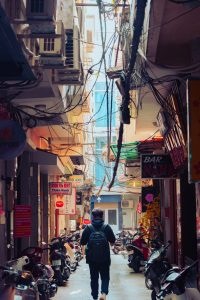 You’d be forgiven for thinking that everyone but you was living a life of utter luxury with filthy rich and gorgeous people displaying decadent experiences everywhere you turn. Stunning photos of food, beaches and filter honed beauty fuel this idilic fantasy, as Instagram frenzy turns the outside world into a place of wonder and excitement. Shots of celebrities living lifestyles the average person can only dream of are plastered on billboards, Tv’s, cell phones and shopfronts as we slowly learn to accept a heightened standard of physical, financial and social perfection as the norm. Dispersing content at a rate that seemed unimaginable for generations before, it’s hard to ignore the airbrushed adonis’s and sculpture like physiques of models and celebrities. It might all seem like harmless fun from the outside, even a positive as people get to interact from opposite sides of the world, but the question that concerns me is what kind of effect is this having on the young women of the future and is it contributing to an eating disorder epidemic.

Everybody knows the majority of the photos we see on a daily basis are photoshopped or highly edited, yet as societal standards adjust to this kind of imagery it becomes something we feel we must attain.The rates of mental health diagnosis are on a steady rise among both genders, but issues around weight and beauty seem to be most acute amongst young girls and women. The age at which these problems start to affect girls is also somewhat shocking, with a 68% increase in hospitalisations due to self harm among those under 17[2].Our children’s minds are being distorted before they can build the self knowledge and awareness to deal with the issues we face. “Body Dissatisfaction” is at an all time high amongst young people and the tools and regulation needed to deal with this issue seem like a distant hope. Couple this with the harsh social stigma against those who do unfortunately get to the stage of obesity and you enter children into a warped game of carrot and stick with potentially fateful outcomes. Advertisements and fad dieting help add to this ongoing struggle as we start to spend more and more time in front of a screen the ability for this content to reach those who are in trouble is at an all time high.

The whole point of advertising is to create a previously unwarranted need but this form of psychological manipulation often creates unwanted externalities. Rather than teaching kids to admire the clothes and products they see in adverts (though they achieve this to) a large part of the trick is to teach kids to want to be like those they see in the adverts. As advertising usually contains models whose sole job is to look beautiful (and who are provided better means to do so photoshop, tailored clothing, studio lighting and professionally planned diets) kids are being taught that a kind of effortless perfection is the standard while anything below it is unacceptable. Once this kind of attitude is implanted there is often no stopping point with young women (and men) shedding weight and dodging meals attempting to reach a standard they can never achieve. This leads to huge issues especially amongst women as their idea of physical perfection is often less healthy than their male counterparts. Though the same issues apply to men it is usually based around a desire to gain weight (in muscle) rather than lose it something that, though dangerous when it becomes obsessive, is generally healthier than shedding bodyweight in an effort to look thin.

When trying to understand the thought process behind the approaches favoured by advertising one particular technique leaves an extremely sour aftertaste. Fear, uncertainty and doubt (abbreviated to FUD) is no longer an accidental side product of consumer advertising but in fact a core intention of campaigns. Usually attributed to the advertising heyday of the 70’s this technique revolutionised the tone and intention of advertisers. No longer where adverts intended to create a deliberate intention to buy the product rather the dynamic shifted to the point where advertisement where purposely created to strike fear and doubt into the hearts of its observers. This creation of anxiety and fear then allowed an advertisement to offer a sweet and immediate remedy to this newly created psychological problem. Monetising on concepts such as love and happiness has been a mainstay of advertising for much longer, the mad men quote “What you call love was invented by guys like me, to sell nylons.” immediately comes to mind.

Despite the obvious intentions of advertising young people often believe they won’t be able to achieve such fundamental biological needs without whichever product they’re pushed by their phone screen. Couple this with targeted advertising algorithms that can sense your anxieties and dispositions while slowly leveraging them and you have a recipe for overconsumption and sever image problems resulting in mental illness. Techniques such as FUD have created deep seated anxiety among the young and with the effectiveness of such intentional mind warping blatantly apparent, without change there would seem to be no clear end in sight.

Reducing stigma around weight and reducing the amount of time the next generation spend in front of potential advertising sources is of paramount importance. It is also the duty for companies, especially those in the fashion industry, to adjust and provide content geared towards the right social goals. No longer should we value wealth, beauty and extravagant lifestyles as the comparison point for our own lives. We need to step back and start to appreciate the incredible things we do have rather than those we don’t. We have a long way to go but these are some important considerations for those both in and out of the industry.

In a society technically more connected than ever the ability to speak up about the psychological issues affecting us is of paramount importance. This is why Speak Out intends to create, promote and push technology which allows everybody to engage, share and eventually understand the problems that affect them. A desire to reduce stigma and promote an active conversation is hardwired into everybody involved in the creation process with each member driven by personal experience of the issues we all face. We intend to do this by offering a service with no barriers to entry, no waiting list and complete anonymity. Our hope is by doing this we can create a community of sharers and listeners to better not only your life as an individual but society as a whole.